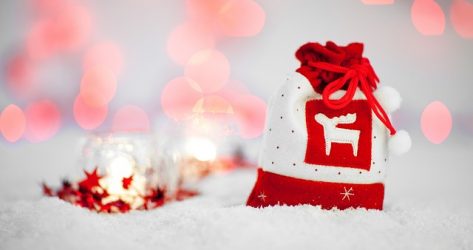 This year’s annual U.S. Botanic Garden holiday exhibit, Season’s Greenings: All Aboard!, opened Thanksgiving Day, November 22, 2018, and will run through New Year’s Day, January 1, 2019. Plant-based recreations of iconic train stations from across the United States will be represented in the train room. Explore classic stations like New York City’s Grand Central Terminal, Detroit’s Michigan Central Station, Maui’s Lahaina Station, and many more. Thousands of poinsettias will also be on display throughout the Conservatory, including a showcase of more than 30 varieties featuring heirlooms, classics, and multiple newly developed varieties.

The U.S. Botanic Garden is open to the public, free of charge, every day of the year from 10 a.m. to 5 p.m. On most Tuesdays and Thursdays in December, the Conservatory will be open until 8 p.m. for live seasonal music concerts and after-dark holiday exhibit viewing.

<< Back to results
What Makes a House a Home? Find Out at Portland Flats
On Site & On Demand: The Cornerstone Concierge
What's Happening at Brookland Works? Peek Behind the Scenes in These Exclusive Videos!
Union Market Breathes Life in Washington, D.C.
&pizza Delights DC Pizza Devotees in Brookland
Simple Tips to Help You Follow Through on a New Year’s Resolution
Emilie’s Is a New, Must-Try Restaurant Near Monroe Street Market
DIY Holiday Gifts They’ll Be Delighted to Unwrap
On Stage Now Near Monroe Street Market: The Washington Ballet’s ‘The Nutcracker’
A Holiday Tradition Near Monroe Street Market: ZooLights at the National Zoo!