Stay informed with all that is happening at Monroe Street Market. 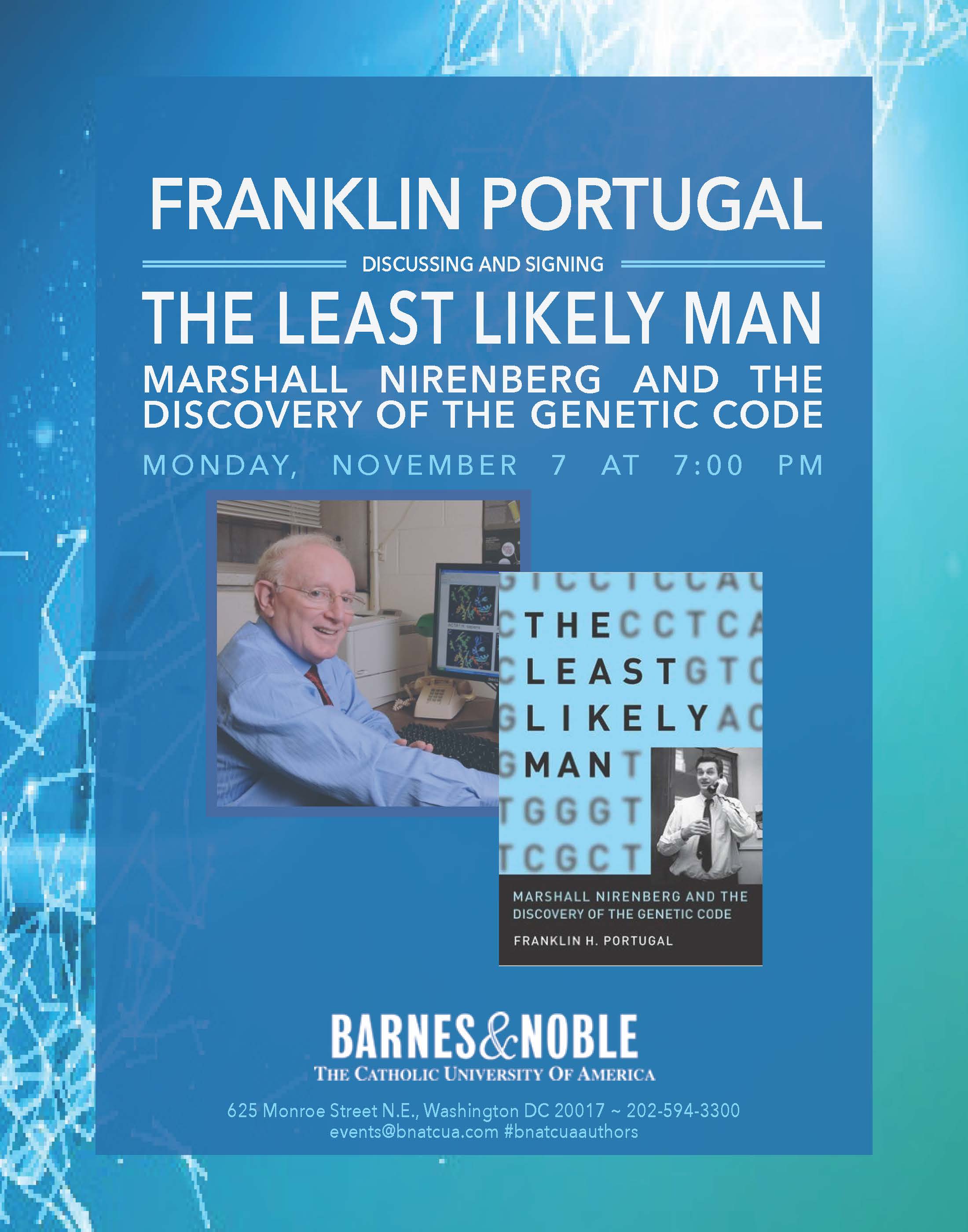 In The Least Likely Man, Franklin Portugal tells the fascinating life story of a famous scientist that most of us have never heard of. Join us November 7th at 7pm!

The genetic code is the Rosetta Stone by which we interpret the 3.3 billion letters of human DNA, the alphabet of life, and the discovery of the code has had an immeasurable impact on science and society. In 1968, Marshall Nirenberg, an unassuming government scientist working at the National Institutes of Health, shared the Nobel Prize for cracking the genetic code. He was the least likely man to make such an earth-shaking discovery, and yet he had gotten there before such members of the scientific elite as James Watson and Francis Crick. How did Nirenberg do it, and why is he so little known?

This event is free and open to all. For questions, contact events@bnatcua.com